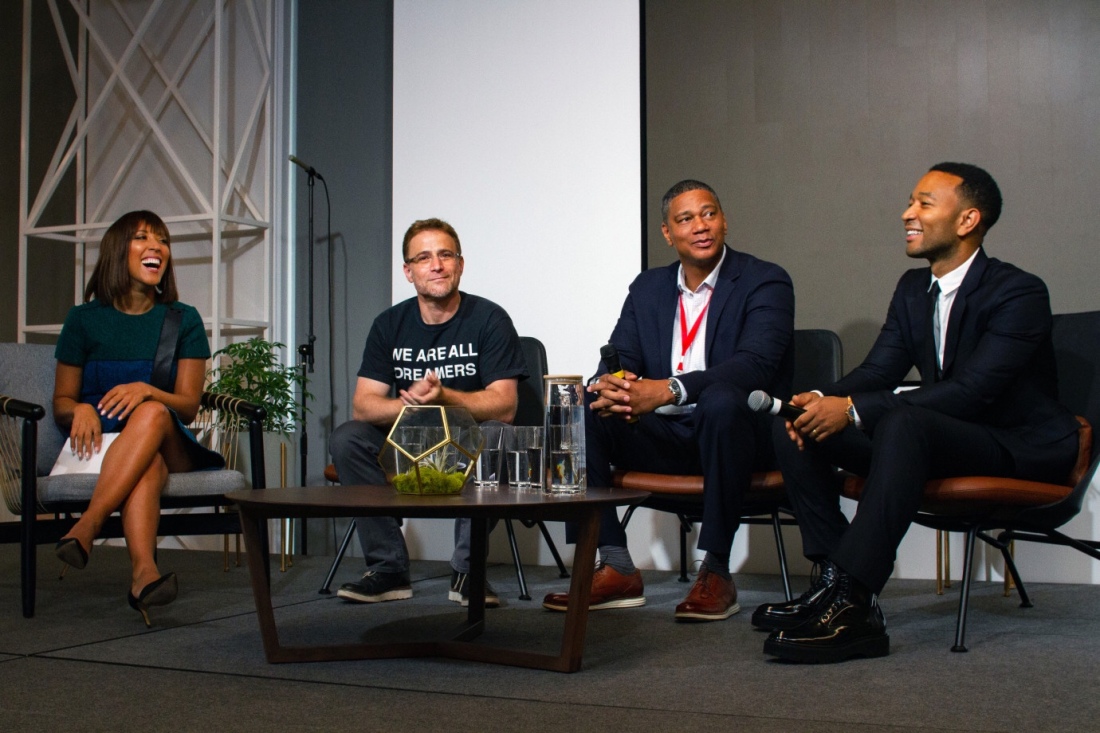 I’m really proud of the Slack for Good team at work for announcing our new program employing graduates of The Last Mile.

Prison reform is something important to me and it’s such a huge problem it can feel paralyzing to think how we could even start to dismantle a racist system that preys on kids, treats them as adults, then offers little to no support when they’re out.

I believe this is one of the best things Slack has done and I sincerely hope many other tech companies can follow us in giving people jobs and a second chance, and doing something, no matter how small, to help. I’m also hoping we lay out the entire process and post regular updates from Slack, so others can use it as a blueprint to repeat the program inside their companies too.

By the way: John Legend was part of the announcement and showed up for an hour of Q&A about the program, and then he sang two songs solo at the piano. I’ve been a fan of him for years, but hearing him in person, in an intimate space, singing by himself was an incredible experience.

Christopher Jackson is the only other singer I’ve heard live that surpasses what he sounds like recorded. When I saw Hamilton in New York, Christopher Jackson’s voice was so clear, and crisp, and powerful in that room (where it happens) that it was nothing like the cast recordings—you could feel the power of his voice in your chest. Same with John Legend last week—I’ve heard The Redemption Song cover he recorded a few years ago and he sounded many times better live and in person. I’ll never forget his performance.

One thought on “The Last Mile program and John Legend”