A surprisingly great runway this week. Some looks appeared to be a bit hasty and pinned together, but otherwise a good show. 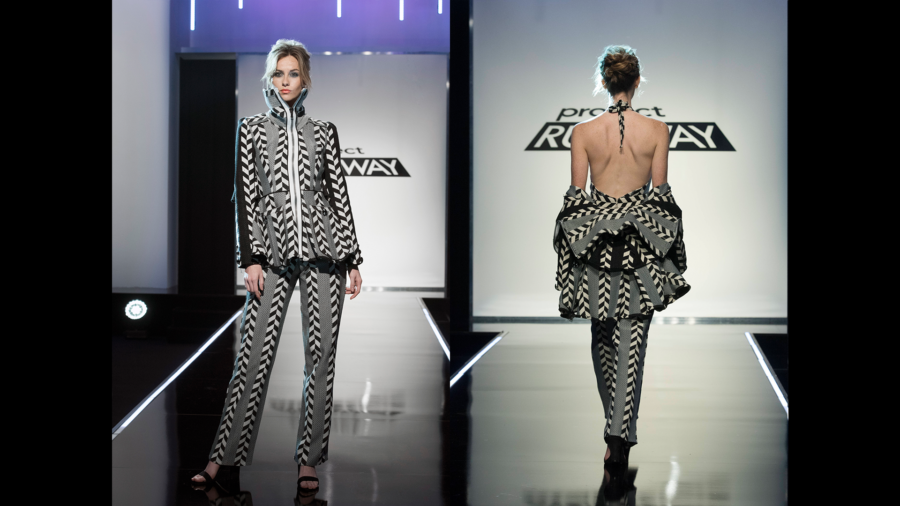 Kenya continues to absolutely kill it. She does unbelievably good work in a single day challenge. Even through TV, you can tell things are impeccably constructed. Hope she’s in the running for the win this week. Brandon loved his look, and I liked the back and how it looked when still. The sleeves had an almost Hamilton the Musical quality, but that weird open front while his model walked left the overall look feeling kind of meh for me. Margarita’s dress was a great concept, to update a classic Latin dance dress, but the top didn’t look flattering on her model and overall it might be a bit too simple for the judges.

Deyonté’s look was a boring dress done poorly. I know he’ll be on the bottom and I wonder if he’s going home for it. Amy continues to put out incredible work that approaches actual engineering. So much structure and clever ideas, it’ll be a ripoff if she’s not in the top three. 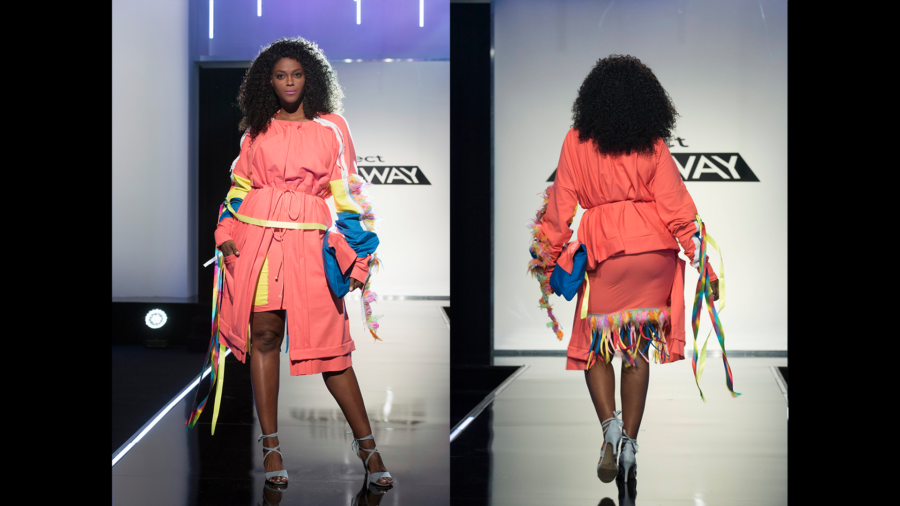 Kudzanai’s dress is an awesome concept. I love the colors and feathers remind me of New Orleans parade dresses but he needed more time to do it right. He’ll be on the bottom three for it. I hated Claire’s work this week. It looks like a mess, terrible silhouette, hope she’s on the bottom. Ayana’s dress is pretty forgettable. Not much to write home about. Maybe “reach for the stars” by painting stars on fabric was taking things way too literally? As much as I hate the show’s producers love of The Twins, I actually loved Shawn’s outfit this week. It looks “dancey” but also stylish as hell and I could see the look being worn on stage. Aaron’s piece was just plain weird. I like his concept to exaggerate aspects of the look where movement occurs, but his model didn’t strike a pose to show that aspect off. So it’s just weird. 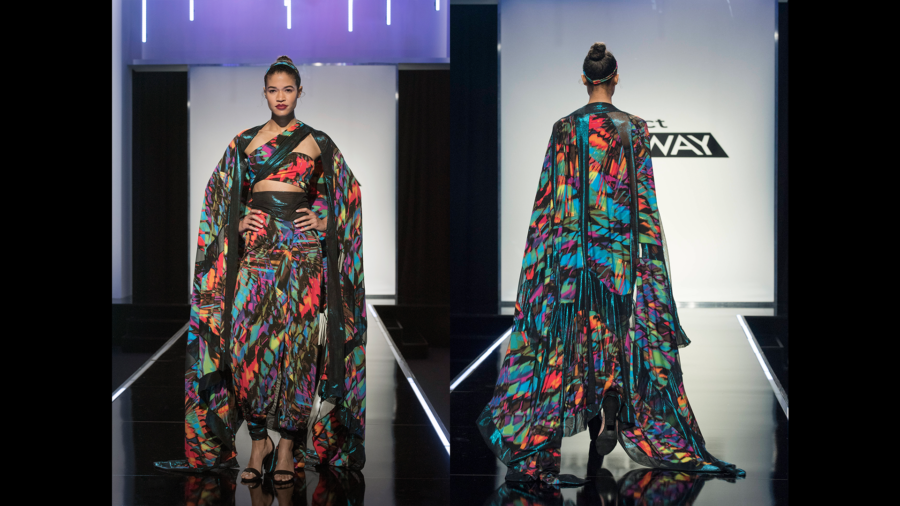 Batani’s cape dress had some incredible color, but I really wished I could see the wings in motion as the model walked, instead of just as a static pose. Kentaro’s top is cool but the bottom is a mess. How can someone mess up booty shorts on a beautiful model? The contrast between the top and bottom looks like he ran out of time and this could be going home material. Samantha’s dress was incredible. Sure, she kind of made something she’d wear herself and it looks similar to her earlier work, but it definitely works for this challenge. It’s a great tough dress that can move and I can’t believe she did it in one day. Could be my absolute favorite.

Damn. My top-3 would be Kenya, Amy, and Samantha, and they were all just safe. That said, the judges’ choices were understandable and I mostly agreed with their top and bottom three picks.

I can see why Brandon won, though I hope he can find something to love every week of the competition. He hit this one out of the park because he connected with his model and the challenge and could do something in his wheelhouse. In the past, he’s struggled with other challenges.

Kentaro was lucky to not be in the bottom two. WOW, I can’t believe they cut Kudzanai over Deyonté, I guess Deyonté got to stay because of his early success. I wanted to see Kudzanai stick around to flex his muscles on other challenges, oh well.