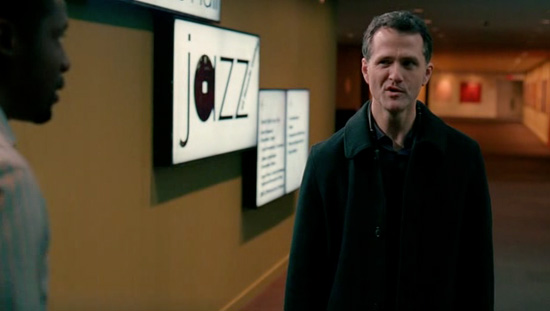 Treme, the HBO show by David Simon (of The Wire fame) is a show set in post-Katrina New Orleans and follows the world of musicians, chefs, and residents. Sunday night, the third episode "On Your Way Down" had this exchange where a jazz musician hip to the internet tries to convince a record exec to help promote him on places like "Facebook, Myspace, the blogosphere, MetaFilter…"

It blew me away to hear it mentioned on a show of such stature and I figured maybe one of the writers was a fan but we're lucky enough to have the music supervisor on MetaFilter who said he had nothing to do with it, and the show's writer was just trying to pick out an increasingly obscure internet references to reinforce the character's internet cred.

I'm glad I got to catch David Simon talking about Treme right before they started filming, on a trip to New Orleans a couple years back. Who knows if being in that audience lead to this (seriously doubt it).